Lionel and Margaret Evans bring 43 boys to Swanbourne House from Bradfield College.  Dress code for the first 30 years is Norfolk Jackets and knee-breeches during the week and Eton suits on Sundays. There are rarely more than two cars on site and boarders travel by train to and from school; their trunks and play boxes are brought up from Swanbourne station on a horse-drawn carrier’s cart.

The first swimming pool is opened, measuring 36 x 20ft, and the temperature set at a very cool 16.5°C. F. Scott Fitzgerald’s iconic novel, The Great Gatsby, is published and John Logie Baird builds the first television transmitter. More and more airlines are formed around the world for freight mail and passenger traffic. Stanley Baldwin is the UK’s Prime Minister.

Lionel Evans retires and is succeeded by his eldest son, Harold Evans, as Headmaster. In other news, World War II officially ends on 2nd September. The United Nations Charter creates The United Nations. Harry S Truman becomes US President following the death of President Roosevelt. Animal Farm by George Orwell is published and later becomes one of the most revered novels of the 20th century.

Portable radios and crystal sets begin to appear around the school and Sunday evening film shows are introduced at Swanbourne showing Buster Keaton, Charlie Chaplin and Laurel and Hardy. Defining literature of the time includes; The Catcher in the Rye, J. D. Salinger, (1951); Charlotte’s Web, E.B. White, (1952); and Lord of the Flies, William Golding, (1954). Clement Attlee is Prime Minister of the United Kingdom.

The Science Laboratory at Swanbourne is refurbished. The state funeral of Sir Winston Churchill takes place in London with the largest assembly of statesmen in the world. The Rolling Stones are on a world tour and US President Lyndon Johnson takes the Oath of Office for a second and final time.

Swanbourne House School becomes a Charitable Trust. Concorde’s first supersonic flight goes into service. The Beatles disband and the Apollo 13 mission successfully attempts a ‘splashdown’ in the Pacific Ocean after the famous emergency call, “Houston, we have a problem”.

Improvements are made to the playing fields, staff accommodation, tennis courts, stage, music room, art room and scout huts. At the same time, NASA’s Apollo 14 becomes the third successful manned mission to the moon. Edward Heath becomes Prime Minister after winning the 1970 general election and the UK and Ireland switch to decimal currency.

The Paddock is cleared, levelled and drained to create the playing field we see today. The first scientific hand-held calculator (HP-35) is introduced. Rose Heilbron becomes the first female Judge at the Old Bailey in London. The Watergate Scandal grips America and leads to a constitutional crisis.

Harold Evans retires as Headmaster and Geoffrey Jameson takes up tenure. US President Richard Nixon resigns his presidency following Watergate and Britain enters its first postwar recession. The Heimlich Manoeuvre for rescuing choking victims is first published in a medial journal. The Sears Tower in Chicago becomes the worlds tallest building and Isabel Peron, President of Argentina, becomes the first female president in the world.

The first four day girls arrive at Swanbourne House. China institutes the one child per family rule, General Knowledge Quiz Game, Trivial Pursuit, is launched and Pink Floyd release the seminal album ‘The Wall’. For the first time in history a female, Margaret Thatcher, is elected Prime Minister in the UK after a landslide General Election. Sony releases ‘The Walkman’ a worldwide success costing $200.

The first computer is bought for the school, a Commodore P.E.T. (Personal Electronic Transactor) which is the first personal computer to be sold to the public. Prince Charles marries Lady Diana Spencer, the first London Marathon is held and MS-DOS is released by Microsoft along with the first IBM PC. Ronald Reagan becomes US President and Rupert Murdoch shuts down The Sunday Times due to an industrial dispute.

The Evans building is opened. Virgin Atlantic Airways makes its inaugural flight, Bishop Desmond Tutu wins The Nobel Peace Prize and DNA profiling is developed. Following the widespread famine in Ethiopia, British and Irish pop stars join together under the name ‘Band Aid’ and record the song ‘Do They Know It’s Christmas.’ British miners go on strike to protest at pit closures.

Swanbourne House Nursery is opened. Space Shuttle ‘Challenger‘ disintegrates 73 seconds after launch from the United States, killing the crew of seven astronauts, including schoolteacher Christa McAuliffe. Sir Andrew Lloyd Webber premieres Phantom of the Opera at the Her Majesty’s Theatre in London.

The Fremantle Technology Building is opened. Terry Waite, the special envoy of the Archbishop of Canterbury, is kidnapped in Beirut. The first criminal conviction using DNA evidence is made. Work on the Channel Tunnel begins and The Single European Act (SEA) becomes effective, setting the goal for the European Economic Community to join together to form a single market with a single currency by the end of 1992.

Tom More retires. Stephen and Julie Goodhart are appointed as Joint Heads. A new all-weather sports area (the Red Astro) is installed. Prince Charles and Diana, Princess of Wales divorce. DVD’s are launched in Japan and the number of users on the Internet exceeds 10 million. E-bay is launched and the first ever cloning of a mammal, Dolly the sheep, grips the nation.

The Walker building is opened. After many years of troubles in Northern Ireland both sides agree to the Good Friday Peace Agreement. The Soviet Union banking system suffers a meltdown when the Rouble loses 70% of its value against the US dollar in 6 months with several of the largest Russian banks collapsing. Titanic becomes the first film to gross $1billion.

The indoor swimming pool is opened. Terrorists attack the United States using hijacked passenger aircraft to bring down the Twin Towers in New York and crashing an aircraft into the Pentagon in Arlington County, Virginia. The attacks become known simply as ‘9/11’ due to the date of the attack, September 11th. America declares ‘A War on Terrorism’ and invades Afghanistan.

The school celebrates its 90th Anniversary and a new astro-turf pitch (the Green Astro) is opened. Apple releases the new iPhone 4 but problems with antenna design cause consumer problems. Apple also release the iPad taking the new technology of touch screen computing to new levels. A magnitude 7 earthquake hits Haiti and devastates the country. The Burj Khalifa skyscraper in Dubai opens and becomes the world’s tallest building.

The Goodharts retire and Simon Hitchings takes over as Headmaster. There is a complete refurbishment of the Chapel and Front Hall. President Barrack Hussein Obama III is inaugurated for his second term in US office. North Korea continues missile and nuclear tests despite international pressure, increasing tension with the rest of the world. The House of Commons votes 400 to 175 in favour of the Bill to legalise same-sex marriage in England and Wales.

The Music Department is redesigned and fully refurbished with a purpose built teaching room, a number of practice rooms, a percussion room and purpose-built instrument storage lockers. Work also begins on refurbishing Cloisters and Pre-Prep and all classrooms in these areas are equipped with ‘Clevertouch’ boards. The Walker Building is also refurbished including an expansion of the IT suite. A general election in the UK results in the first Conservative majority government in 18 years. There is a refugee crisis in Europe as tens of thousands of people flee war-torn Syria.

The Fremantle Building is re-designed and re-opened as an all-encompassing STEAM faculty. Donald Trump is sworn in as the 45th President of the United States. Trump is the first person to be elected President of the United States who was neither a political office holder nor a military general. In the midst of Brexit, a snap general election is held in the UK resulting in a hung parliament with the Conservative party, led by Prime Minister Theresa May, losing their majority.

The 7th and current Head, Mrs Jane Thorpe, takes up tenure leading Swanbourne House School into its centenary and a defining new chapter in the school’s history. An ISI Inspection confirms the school’s provision to be ‘Excellent’ in all areas.

Swanbourne replaces compulsory Saturday morning academic lessons with an Enrichment Programme (optional for 9s and 10s, compulsory for 11s and Top Year). The PSB (Pre Senior Baccalaureate) assessment framework is introduced, replacing Common Entrance examinations. An Outdoor Learning classroom is installed in the grounds and an extensive Outdoor Learning Programme is introduced into the curriculum. 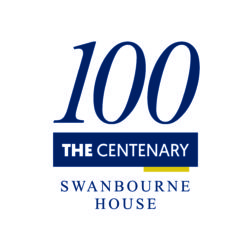 What will be your legacy?