“Last Sunday the 30th August 2020, Zach and I, along with other members of Buckingham Town Cricket Club attempted a new Guinness World Record.  Our aim was to achieve the most runs completed in 12 hours without stopping.

The attempt took place between 7.30am and 7.30pm at the cricket club and Guinness World Record officials were there all day to watch us.  Each age group was given a time slot and we were then able to run as many lengths as we could – Zach and I had played a cricket match that morning so were a bit tired when we started running at 4:30pm, but we certainly did our best.

According to Guinness, it could take up to 12 weeks to review our attempt and officially declare Buckingham Town Cricket Club the current record holders.  Once they have declared us the winners, we will then each receive our certificate that states we are World Record holders.” 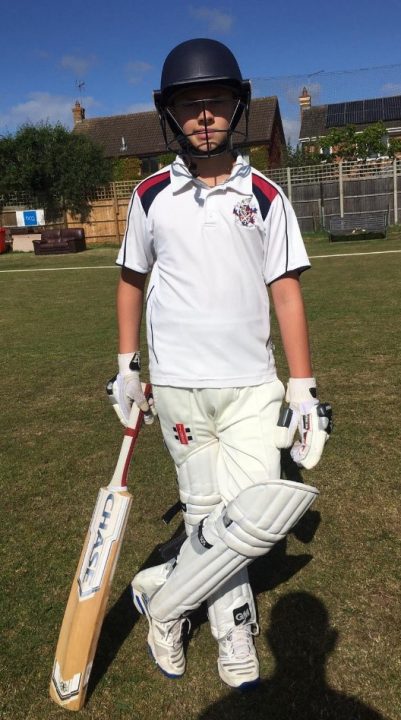 Great job Layth, Zach and the rest of the Buckingham Town Cricket Club!